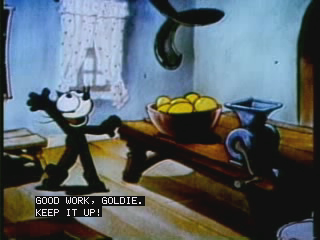 Have you ever watched a movie during which, at a certain point, maybe due to a strange accent, the speed of the dialog or simply because you just cannot believe what you just heard, you thought to yourself ‘dang it, if only there were subtitles!’? If that’s the case, you are one of the many people who recognize the value of subtitles.
Have you ever watched a subtitled movie in which, due to the subtitles not being exactly correct or slightly uncoordinated with the time code, you thought to yourself ‘I just can’t stand this anymore!’? If that’s the case, you are one of the somewhat smaller number of people who recognize the value of good subtitles.
As I was reading today this article in The New York Times, I came to realize the biggest irony of being a subtitler: the best subtitlers out there are precisely those who are least noticeable. For a subtitling job to be flawless, it has to be so in synch with the video it accompanies that it should feel part of it, not a superficial addition. Therefore, it is by definition a career where your professionalism directly depends on your name never being known.
“Train-spotter fans of foreign-language cinema recognize their names, floating in the end credits after everyone has left the theater: Andrew Litvack, Lenny Borger and Linda Jaivin are among the best known in a little-known field that helps make possible the international flow of movie culture,” writes Nicolas Rapold in the article I mentioned before. Which is a somewhat comforting thought.
But generally speaking, subtitlers are silent heroes, in the same league as translators and dubbing actors: their job is to make the works of others understandable for everyone, using their talents to the best of their ability to make their own presence unnoticeable in the transition from oral to written text, or from one language to another. And in the case of subtitling, of course, there are technical hurdles to take into account: size constraints set by different kinds of screens, word and sentence length, non-verbal communication and other noises…
The world of subtitling and captioning is definitely a world of its own, and with the currently increasing demand for this kind of job for all kinds of different media, it is good to know who to ask for a guaranteed high-quality job. inwhatlanguage is blessed to have such an amazing network of talented linguists that are capable of doing that and much more to make sure that the customer receives the best of the best. And that is why we are proud to thank them for being so awesome and for helping us keep our standards so high.
Thank you, subtitlers, for being our silent heroes.