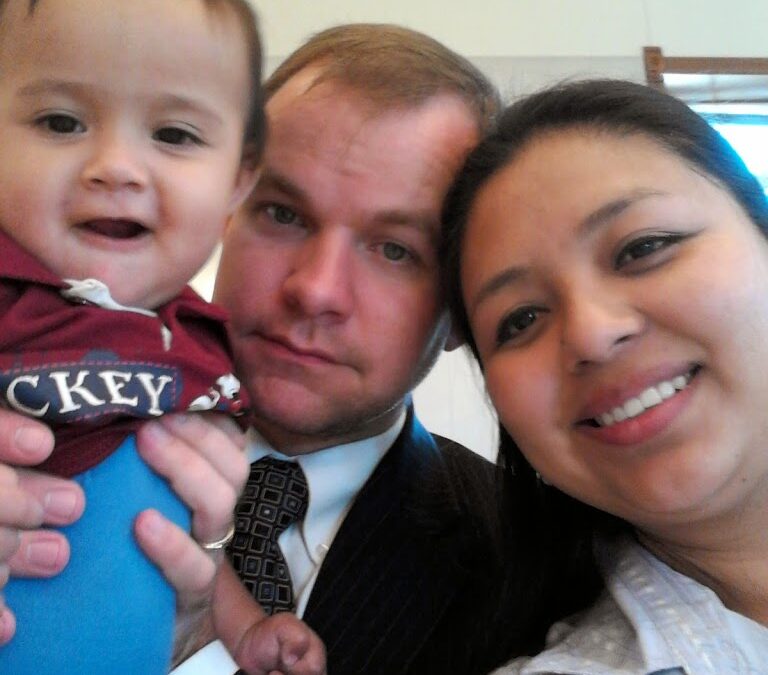 In our previous post we said that 2015 would be a year full of changes and new people at inwhatlanguage. Well, it’s been 9 days since 2015 began, and here is the first testament to the truth of that statement!
This week we get the chance to meet the newest member of the iwl team: Abel Atwater, Project Manager for inwhatlanguage since the start of the year! Here is a little autobiography to get to know him better:
My name is Abel Atwater. I grew up in Wyoming and Utah for the first part of my childhood. My family moved to Maine when I was eleven, and that’s where I went to middle school and high school. I graduated from Penquis Valley High School in 1999.
I went on a two-year Spanish speaking mission for the LDS church from 2000 to 2002 in Salt Lake City. That’s how I ended up back out here. I fell in love with the Latin American people, their language and culture on my mission and decided to study Spanish in college.
Meanwhile, I joined the US Army Reserves in 2003, and I was deployed to Afghanistan from 2007 to 2008. Upon my return, I continued my studies and earned by BA in Spanish from BYU in 2009. Since then I have been working as a translator and interpreter continually both for the LDS church as a volunteer and professionally.
Since my mission, I have been totally enveloped by the Spanish language and Latin culture. My wife is from Veracruz, Mexico, and we speak Spanish at home. I’ve never gone to church in English since I finished my mission, and now I’m the president of a Spanish-speaking congregation. Many have told me that they don’t even think of me as a “gringo”, but as one of them.
I’m 33 years old and have been married to my beautiful wife Lucelly for ten years. We have four wonderful children, Abel, Naomi, Genesis and Michael, ages 1 – 8. My all-time favorite pastime is just to be with my family, eating, playing, going out on the town, learning, going to church and praying together. My personal hobbies are singing and writing. I am actually writing a dystopian novel right now.
I am so excited and grateful for the opportunity and blessing to work at inwhatlanguage. I’m so looking forward to all the opportunities I’ll have to learn and grow, as well as to make my own contribution to the success of the team.
Welcome to the team, Abel! We are definitely excited to have you with us, too 😀