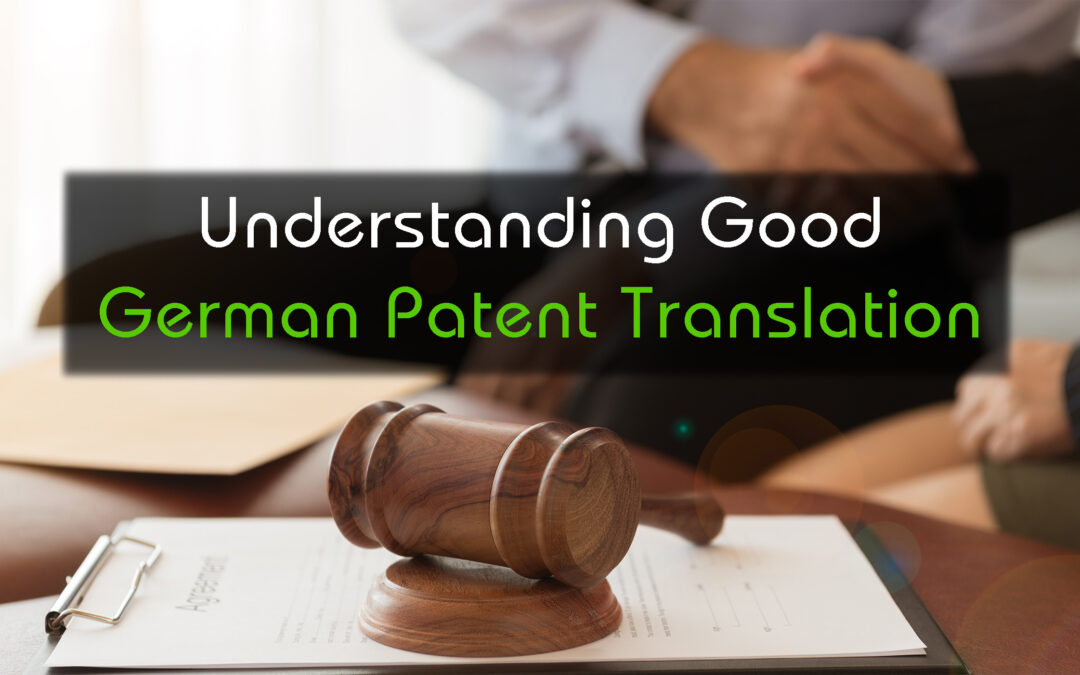 Lost in translation. How many times has that phrase been thrown around? Unless you’ve actually studied a foreign language in depth, it’s hard to really grasp what that means. However, it is critical that the most important components of a language and its meaning get conveyed. Even these words are empty in meaning when it comes to conveying what is necessary when you’re looking into German patent translation. On an intellectual level, we profess to understand them. Really, we don’t, however.

In this respect, an example taken from the literary world might help. One of the most famous German-language novels is Franz Kafka’s “The Metamorphosis,” or “Die Verwandlung” in the German language. The book’s opening passage is one of the most famous in all of literature.

Here it is in English via the Kafka Online website:

One morning, as Gregor Samsa was waking up from anxious dreams, he discovered that in bed he had been changed into a monstrous verminous bug.

Here is the passage in German via Project Gutenberg:

Which Word is Lost in Translation?

The keyword that we’re looking at here is “Ungeziefer,” which is translated into English as “verminous bug” in the translation above. However, “Ungeziefer” really means “vermin.” In light of this, it could mean “bug.” It could also mean rat or mouse, snake, or spider for that matter.

At this juncture, you may be asking yourself why this is so important. It’s important because this word has weight in the German culture that it doesn’t in English. In English, we’d likely just write that he woke up and realized he had been turned into a bug at some point during the night. However, in German, that word is used in the German translation of the Bible. More specifically, it refers to the plagues of Egypt.

Here’s that passage taken from the German translation of the Bible:

Here’s the English translation of that:

If not, behold, I will make all sorts of vermin upon thee, thy servants, thy people, and thy house, and all the houses of the Egyptians, and the field, and all things thereof, shall be full of vermin.

So why is this translation exercise featuring Franza Kafka and the German translation of the Bible so important to understanding the importance of good German patent translation? Here’s the gist of it.

Most native German speakers, especially those with some understanding of the Bible and of Kafka (who was Jewish) will understand that Gregor Samsa didn’t just become a bug one morning. Rather, the connotation with “Ungeziefer” in this instance is that the plagues, in the form of Gregor Samsa, literally came to live in his home.

Literally, the plagues aspect of the word was lost in translation once it got translated from German into English. Many people, who read the book in English, will miss the full meaning of that word unless they also understand German. As with most translations, there is a reason that people read a book in translation. They don’t speak the source language, so they must read a translation in order to be able to read the book at all.

Here’s What That Will Mean for Your Patent

Now, consider the translation of a legal document dealing with patent translation from German to English or vice versa. Consider additionally that these two countries have different histories and different laws. Germany, of course, comes with an additional complication in that it is a member of the European Union. Any legal document must be written so that it adheres to the laws in both Germany and the EU. It must also be written in German if the patent is going to be filed in Germany.

Aside from this, due to the differences in the languages and in the laws, there are bound to be elements of a German patent translation that will get lost in translation, unless it’s handled correctly. This is why it’s critical to have this type of document translated by advanced speakers of both languages. Typically speaking, translators dealing with this degree of difficulty will have a Ph.D., an MSEE, or an M.D.

Additionally, patents are intellectual property. To ensure that your work is protected, you need someone who is both an advanced speaker of the two languages being translated and who is also a legal expert. This is a highly specialized sector of the translation field. Our experts at inWhatLanguage not only know the German language inside and out, but they also possess the expertise to deal with German legal jurisdictions.

Finally, if you’re relatively new to the process of filing patent paperwork in a foreign language, you may not know where to apply. It would also be helpful if you had someone who could translate the gist of the document for these purposes. At inWhatLanguage, we do all of this and more. We can guide you through the whole process, from the time that the first word is translated until the document is turned in.